The "Our Beth" Project: Minton Tiles and Bethesda Terrace

(For the past year or so I have only written here very sporadically because of my family situation. I will try to remedy that in the future. Below is an article written by two people who are intimately involved with this project. MP)

The "Our Beth" Project:
Minton Tiles and Bethesda Terrace

Background: Bethesda Terrace was designed as the formal centrepiece of Central Park, New York City. It’s affectionately known as ‘the heart of the park’. The majestic Arcade is famed for its unique Minton Tile Ceiling created with nearly 16,000 encaustic tiles made in The Potteries (Stoke-on-Trent, England) over 150 years ago. Less well known is the ‘lost floor’ also commissioned from Minton & installed at the same time in the mid 1860s; but sadly replaced by 1911 after suffering from serious water damage & subsidence. The floor designs were very different to those of the ceiling & it was created using an estimated 45,000 bespoke encaustic & (smaller) geometric tiles. The original vision for ceiling & floor tiles was hugely symbolic & significant for lots of reasons & its loss means that Bethesda Terrace & Central Park are effectively missing a very important part of this magnificent landmark.

The grand vision including Bethesda Terrace was outlined in Olmsted & Vaux’s Greensward Plan for Central Park. However, the somewhat unsung hero behind the exquisite design details including the Minton Tiles was Jacob Wrey Mould; a then recently naturalised British Architect who had previously worked under Owen Jones; the influential Architect & Design Theorist famed for his ‘Grammar of Ornament’ (published in 1856). Wrey Mould’s Minton Tile designs for Bethesda Terrace clearly owe much to his earlier experiences with Jones.

Project: A small consignment of original ceiling & floor tiles will make a unique return journey from Manhattan - via Liverpool - to their ’birthplace’ in Stoke-on-Trent as part of a transatlantic cultural (re)connection project led by Danny Callaghan (UK) & Matt Reiley (USA). The two artists will undertake a month-long odyssey - guided by the original transit route - which aims to celebrate the historic commission & promote a contemporary conversation about the wider cultural significance & value of this majestic tile masterpiece.

The Minton Tile Ceiling at Bethesda Arcade is the most visited & photographed architectural ceramic in the world; with many of the estimated 65million visitors making their pilgrimage each year. Over the decades the tiles & terrace have developed an almost mythical reputation as a focus for love, protest and congregation. A wide range of individuals & communities have strong connections with this location & these tiles; many people (rightly) lay claim to ‘Our Beth’ as the focus & backdrop for their own significant experiences down the years.

How about you? Do you have a connection with Bethesda Terrace & the Minton Tile Ceiling? You might own Minton Tiles or maybe you or your family even worked for the company & could share Minton memories? Perhaps you can shed more light on the history & contemporary nature of some of the key places that feature along the original transit route: Central Park, Port of New York, Liverpool Docks, Trent & Mersey Canal or The Potteries? What’s your ‘Our Beth’ story?

Here’s a taster of the original transit route & some of the shared stories Our Beth will explore & celebrate; hopefully with your help! The images are arranged in reverse order to echo the ‘return journey’ to be retraced during the project; 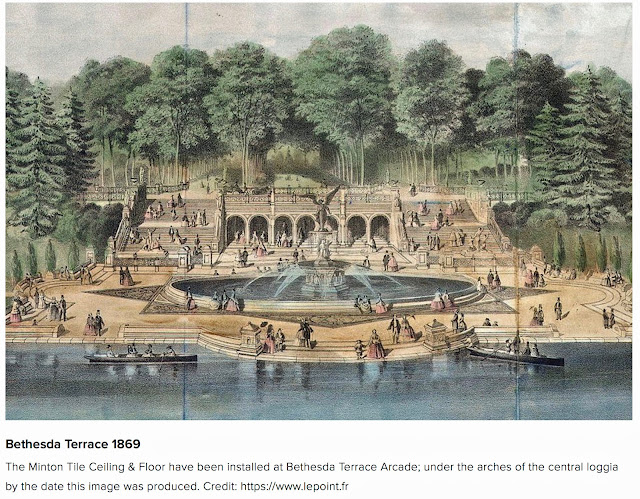 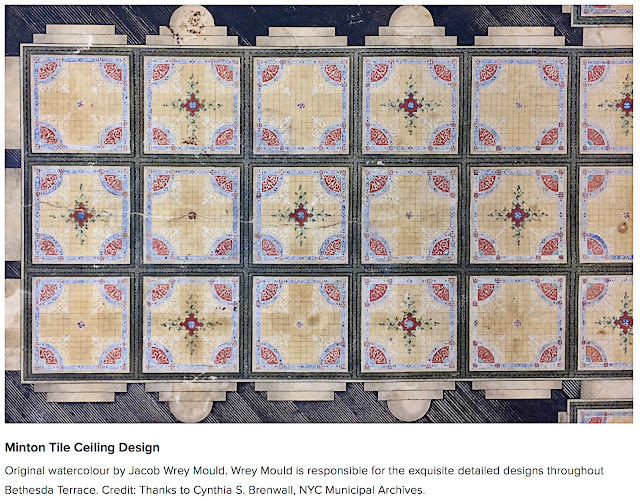 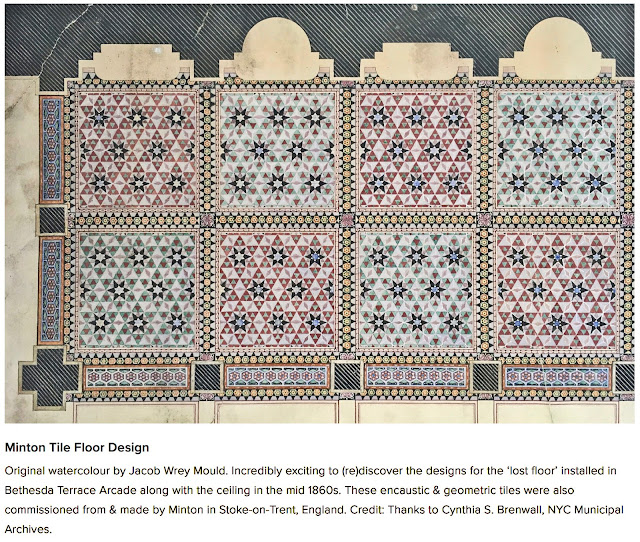 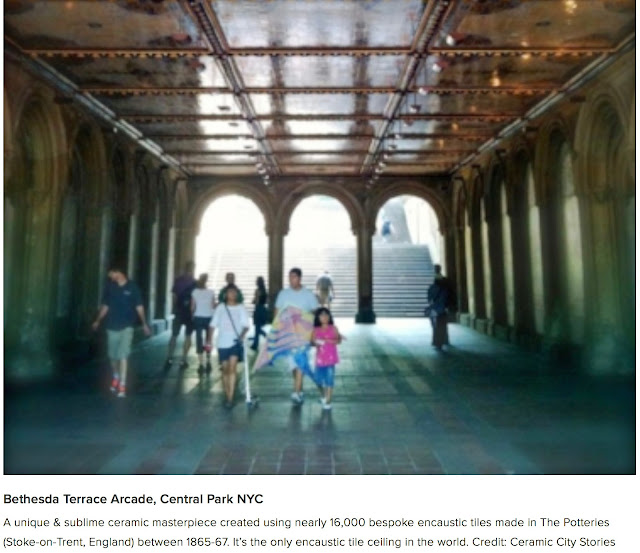 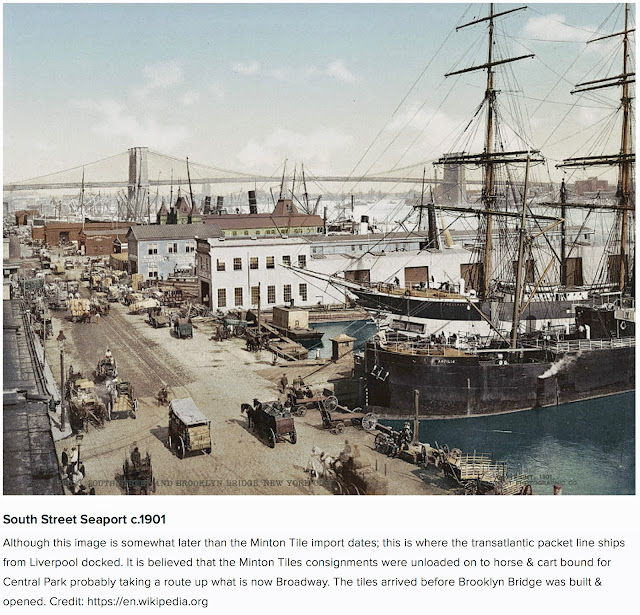 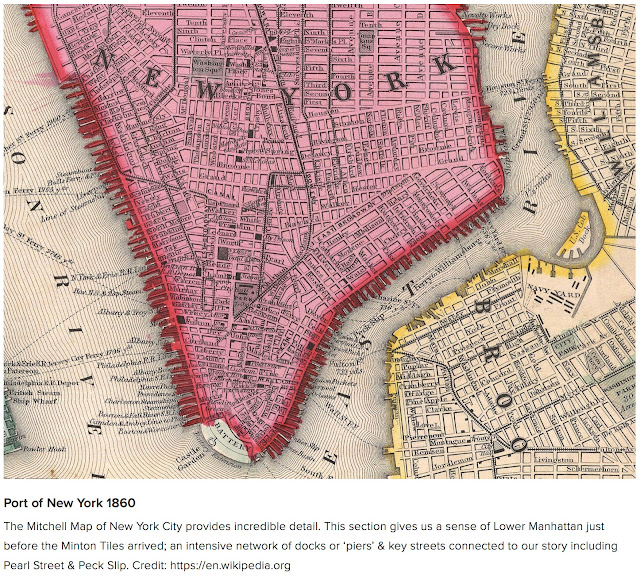 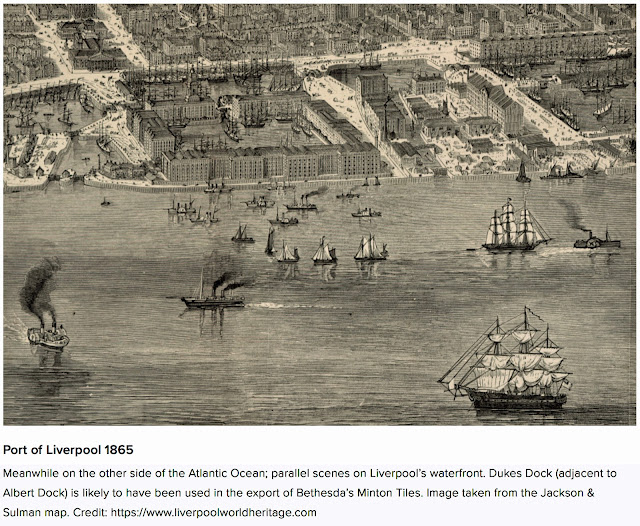 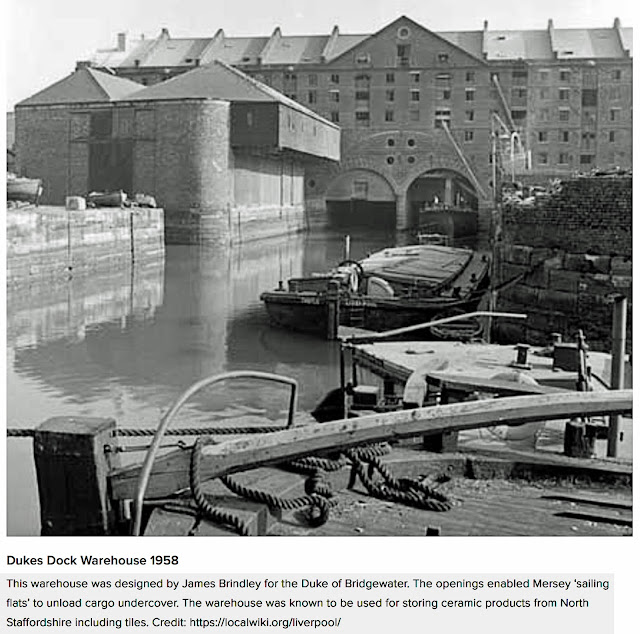 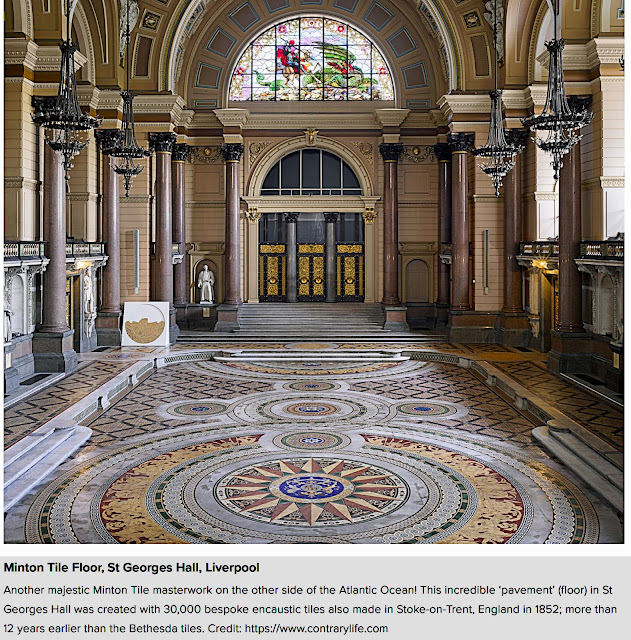 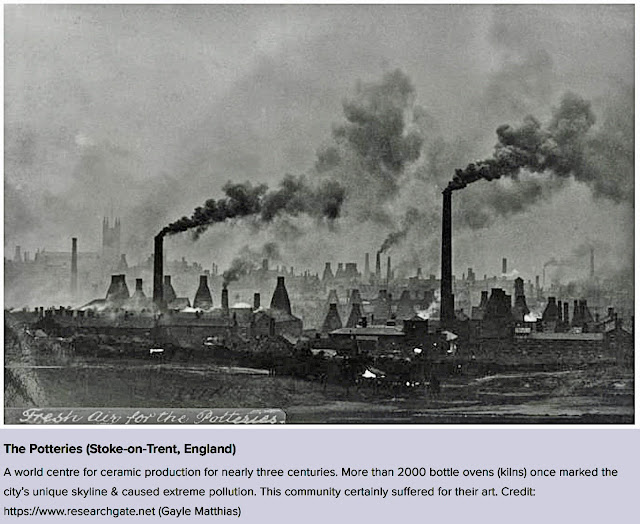 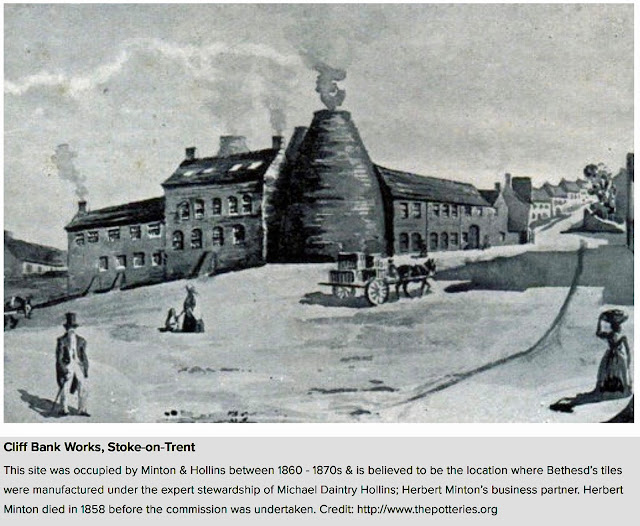 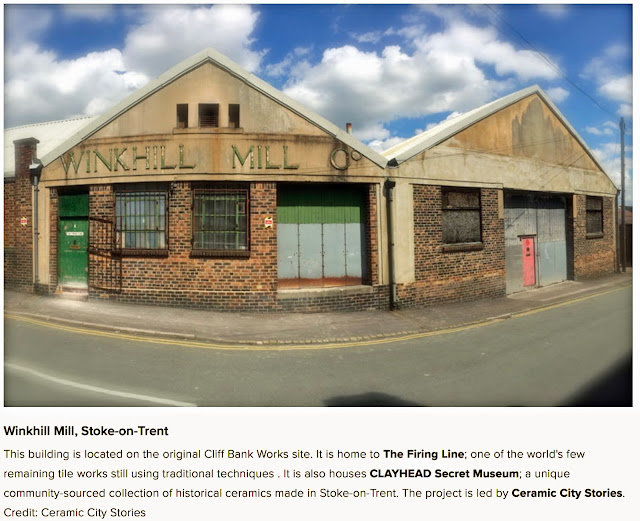 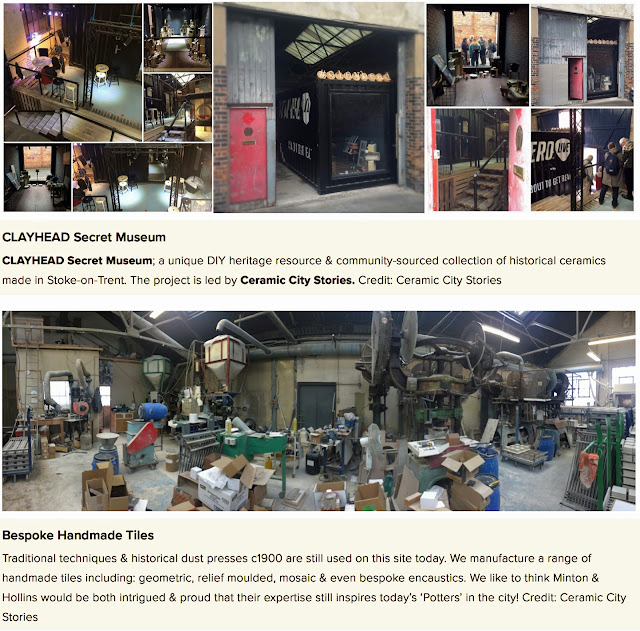 Get involved & join the conversation:

(I would like to thank Danny Callaghan and Matt Reiley for allowing me to post this material. Danny was also very helpful to me when I wrote about the restoration of the Bethesda Terrace tiles in 2016.

For more information about this project and about tile making in the UK, take a look at the websites mentioned in this post--Ceramic City Stories, the "Our Beth" homepage, and http://www.thepotteries.org--histories of the potteries in the six towns that make up the City of Stoke-on-Trent.)

I'm trying to locate images of a 1927 set of 10 American Encaustic Tiling Co. art-deco tiles for an article. The tile set was designed by the Mexican artist and costume designer Augustin Lazo for Carlos Chávez' Aztec Ballet, which was performed in 1927/28. A tile set was placed in the Metropolitan Museum of Art's traveling exhibit, the "International Exhibition of Ceramic Art" in 1928, and two tiles were pictured in the catalog. I went to the Met library, but they couldn't find any photos of the tile set in their archives. So far, I only have seen images of four of the tiles. Do you know of anyone or any institution that might have photos of the rest of the tiles? Some of those other tiles were described as "dancing medicine man, sun warrior, Indian warrior & bird, and headless dancing figure."