A number of years have passed since I first asked for help to find photos of the complete set of American Encaustic Tiling Company tiles designed by Agustín Lazo for one of Carlos Chávez’ Aztec Ballets in 1926/1927. Although I have received some responses with photos of individual tiles, four of the ten tiles are still missing. I am, therefore, writing this article consisting of the information I have in the hope that someone can complete it for me. 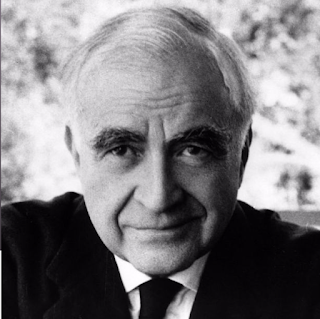 Carlos Chávez
Carlos Antonio de Padua Chávez y Ramírez (1899-1978) was one of Mexico’s greatest composers after the Mexican Revolution. “The first public concert of [Carlos] Chávez’s music occurred in 1921, which included his Sextet for Strings and Piano. The performance was well received, and the new revolutionary government [of Mexico] shortly thereafter commissioned Chávez to compose a ballet based on ancient Aztec themes.(1) In El Fuego Nuevo, Chávez incorporated many indigenous Indian themes he recalled from his early years to create a distinctively sonorous orchestral work of seminal import to his future compositions. Unfortunately, the work was turned down by Julián Carillo, director of the Orquesta Sinfónica, and it remained unperformed until 1928 when it was premiered by the Orquesta Sinfónica de México under the baton of Chávez himself.”(2) Prior to this performance, however, Chávez lived in New York City where he attempted to have this Aztec Ballet produced at the Roxy Theater in late 1927.

“Sometime in 1927, Chávez became acquainted with Frances Flynn Paine, a dealer and agent specializing in Mexican art, and the proprietor of her own Mexican Arts Corporation at 74 Trinity Place in New York. She was willing to serve as Chavez's agent for El fuego nuevo, and on the strength of the composer's detailed scenario and Augustin Lazo's set and costume designs, she was able to get a written agreement in July 1927 from S. L. Rothafel (better known as ‘Roxy’) of the newly opened Roxy Theatre to produce the Aztec ballet before December 1 of the same year.”(3) Payne and Chávez also negotiated “...two commercial spin-offs [based on the agreement with Rothafel...]. Based on motifs in Augustin Lazo's costume design for the ballet, the Cheney Silk firm and the American Encoustic [sic] Tile Company had made products that were to be introduced simultaneously with the ballet production.”(4) The Aztec Ballet, however, was not performed in either late 1927 or 1928 in New York.

Although the silks may or may not have ever been produced for sale by the Cheney Company, the tiles were produced by AET Co. and were introduced to the public by the Metropolitan Museum of Art in 1928:

“Paine postponed introducing the silks for what she hoped would be a production of the ballet by the Metropolitan Opera. As for the tiles, the board of the Metropolitan Museum of Art displayed them in an International Exhibition of Ceramic Art in 1928, and Paine wrote to Chávez that Augustin Lazo's designs were receiving “high praise.”(5)

The Metropolitan Opera did not produce the Ballet, however, and we do not know how many of the tile sets were produced by the American Encaustic Tiling Company. Nor do we know how many of those produced were ultimately sold, either singly or in sets. El fuego nuevo was not performed in New York until 1940, and by then Lazo’s costume designs were not being used. 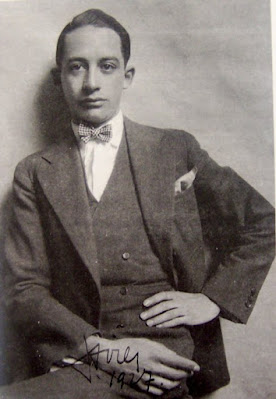 Agustín Lazo  was a “Painter, stage designer and dramatist. Lazo had a vast cultural knowledge and was always up to date with new discoveries in European art and literature. He was born in Mexico City in 1896, and in his early life he was linked with the Open Air School of Painting of Santa Anita founded by Alfredo Ramos Martínez in 1913. Later, together with Rufino Tamayo, Julio Castellanos and Fernández Ledesma, he was a student of the National School of Fine Arts. He lived in Europe for a long time, where he was in contact with the avant-garde movements. Some authors consider him as the initiator of surrealism in Mexico, and as the greatest representative of the European aspect in Mexican painting between 1930 and 1949. Due to the unreal quality of his paintings and engravings these have been compared frequently with the work of Giorgio De Chirico. He designed sets for works directed by Celestino Gorostiza and wrote some dramas. He belonged to the 'group without a group' of the Contemporaries. He died in Mexico City in 1971.”(6)

The ten tiles designed by the avant-garde Mexican artist and costume designer Agustín Lazo    for Carlos Chávez’ Aztec Ballet, El fuego nuevo, in 1927 were executed by the American Encaustic Tiling Company, possibly under the direction of the AET art director, Leon Victor Solon. This set of ten tiles was exhibited in the first of three “one-line” or “one-material”, traveling exhibits organized by the American Federation of

Arts and the Metropolitan Museum of Art. These shows were conceived as a way “‘to bring to the American public and to American manufacturers, merchants and designers the best foreign achieve- ments in a particular field of applied art side by side with our own creations in the hope that thus we may be able more readily to estimate our own position and to take advantage of whatever suggestions the contemporary work of other peoples may hold for us.’ ...The first exhibit was devoted to ceramics.” (7)

“In the American section of the exhibition the predom- inance of tiles replaces the predominance in the foreign sections of orna-mental figures and groups--objects that seem to find but little place in the American ideal of ceramic decoration. ...Augustine Lazo of Mexico shows a vigorous series of designs with Maya [sic] motifs, a dancing medicine man, a sun warrior, a headless dancing figure, &c.” (8) 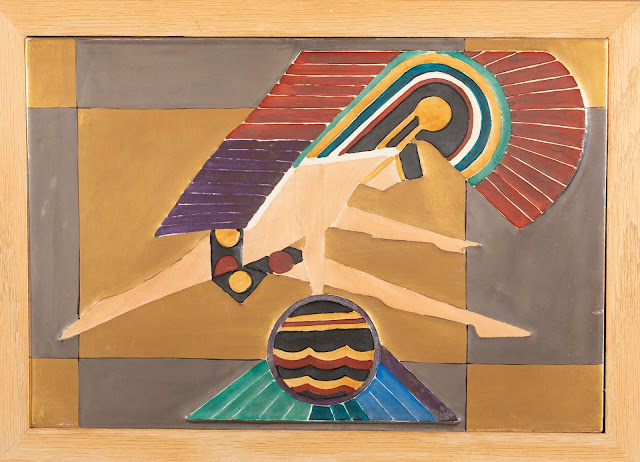 One of the 8” x 12” Aztec Ballet tiles. The action resembles a gymnast doing a hand-stand on a pommel horse. (Photo courtesy of Joanne Stuhr Curatorial Services, Tucson, AZ (9))

The six Lazo tiles pictured in this article are in the Art Deco style. "We usually recognize Art Deco designs and objects intuitively, once we see them, but when it comes to the definition of this visual arts style, things tend to be a little more complicated. First of all, there are different national variants of Art Deco and the Art Deco style itself is often described as a pastiche of styles and an eclectic combination of influences, materials, and shapes. [...]It first appeared in France in the 1920’s taking its name from [the] 1925 Exposition Internationale des Arts Décoratifs et Industriels Modernes. After its debut in Paris, Art Deco style was quickly accepted around the world, drawing from the different sources and affecting various disciplines, from visual and decorative arts to fashion, architecture, filmography and product design."(10)

The tiles, as examples of the new, modern ceramic art, were described by one critic of the exhibition: “Forms on the whole are simple, carefully studied for beauty of line and mass, and for suitability to purpose. To these conditions decoration is strictly subordinated. The pictorial motif is eschewed in favor of geometrical ornament or convention- alized natural forms. Often there is no other embel- lishment than that provided by the glaze, over which the modern ceramist has a skilled command.”(11)

The designs of the Lazo tiles are brightly glazed and have a spare, geometric and almost surreal look to them. They seem very similar to the theatrical costume designs of the Russian Constructivists,(12) which "favoured simple geometric shapes and complementing, albeit bright, colours in their avant-garde designs. Their extensive work was geared towards a total re-organisation of life and a new form of artistic expression available to the masses... . (13) 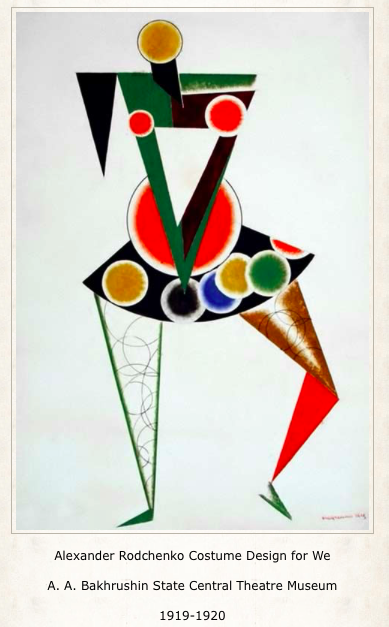 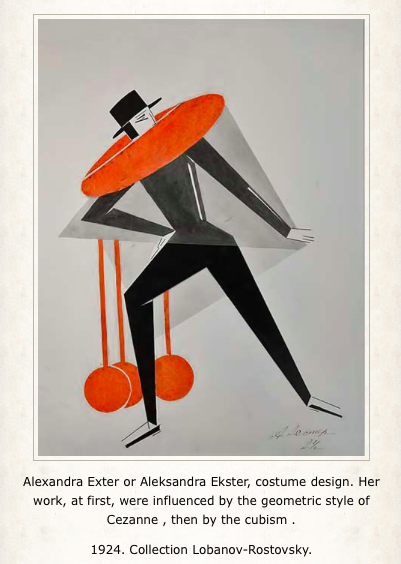 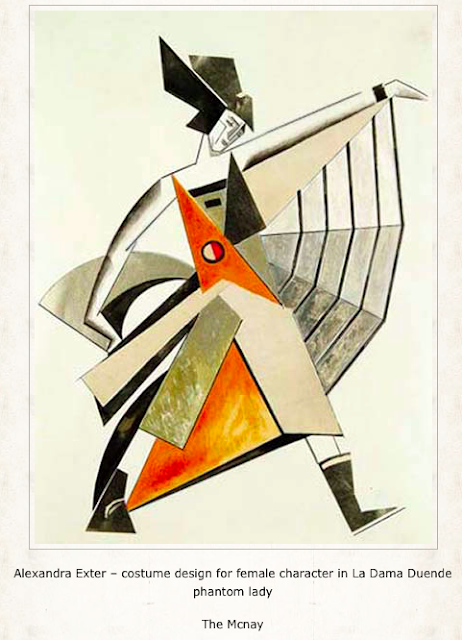 "Although it drew its inspiration from [...]past art movements, one of the main features of Art Deco style was its orientation towards the future and celebration of modern ideas of progress. [...]Art Deco artists also searched for the exotic cultural elements they could incorporate into their artworks, and it is not surprising that there is a rich selection of cultural motifs, from ancient Egypt and Mesopotamia to Asia, Mesoamerica and Africa most of all."(14) 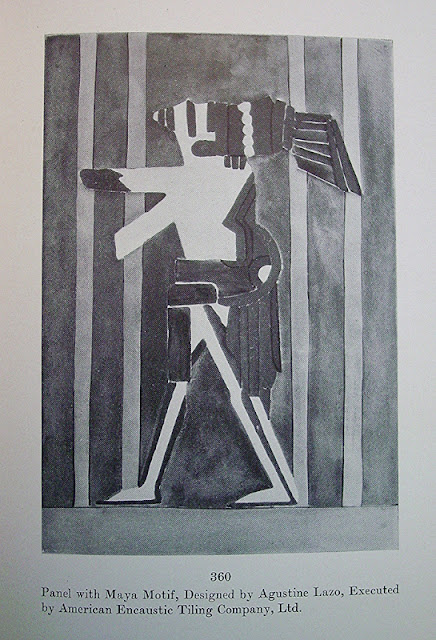 The one AET tile depicted in the Metropolitan Museum of Art’s International Exhibition of Ceramic Art, Catalogue, October 1-28, 1928, p. 360. (Courtesy of John Magon) 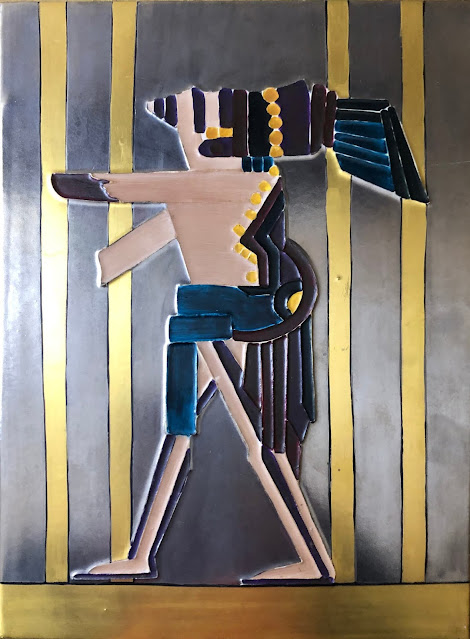 (Photo courtesy of Barbara Hoffman, whose grandfather, Carl Metzger, was the head of the production aspects at AET Co. in Perth Amboy, NJ.) 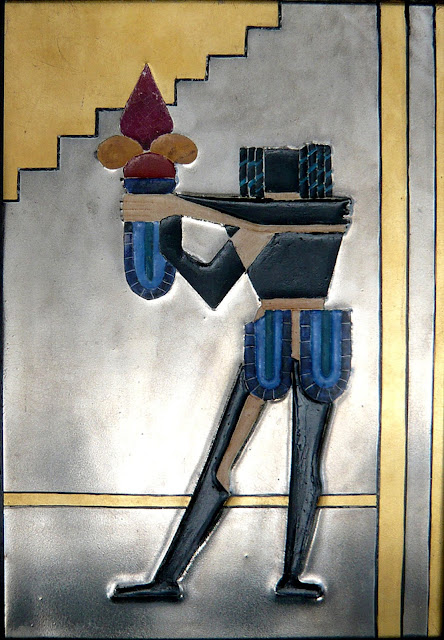 A “Headless Dancing Figure”? (Courtesy of Richard Mohr; other photos of this tile were sent by

John Magon, a collector of Haeger pottery who found his tile in a second-hand bookstore, and Barbara Hoffman.)

AET used luster glazes on some of the tile sets in this series of Lazo’s costume designs. In this case, and those below, the luster glazes enhanced the tiles’ modern, art-deco look.(15) 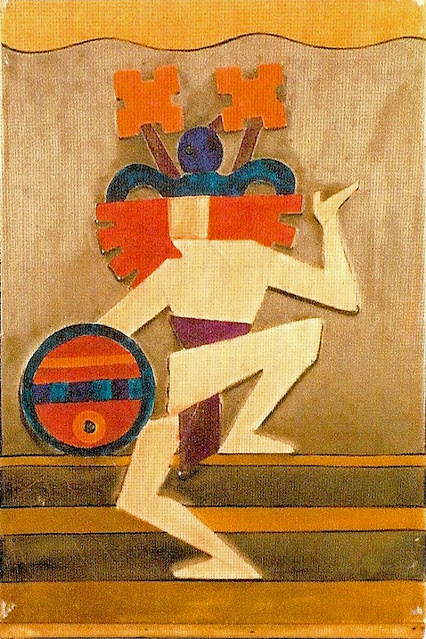 A “Dancing Medicine Man” or “Sun Warrior”? (Photo credit: above, unkn,; another photo of this tile,

luster-glazed, was sent by Barbara Hoffman) 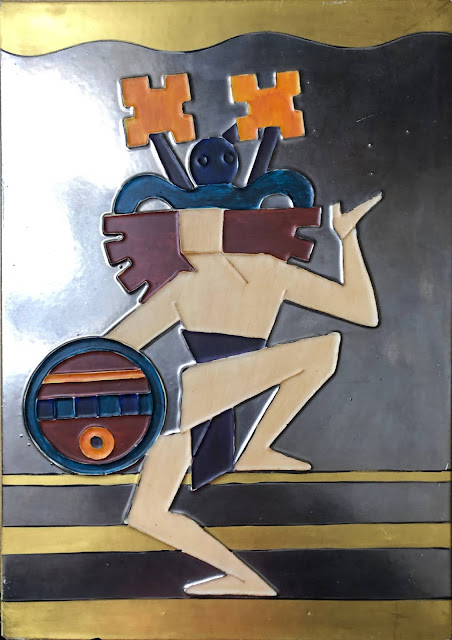 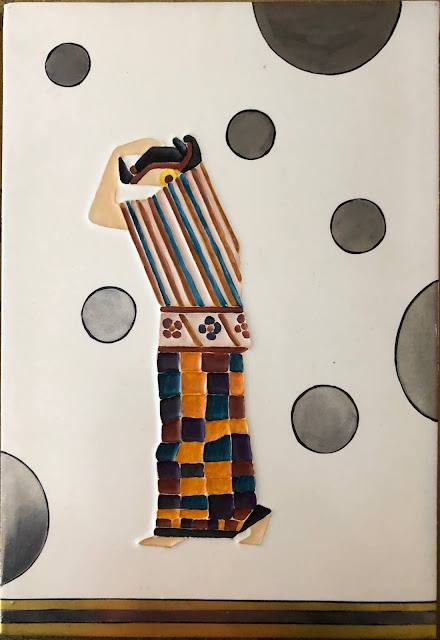 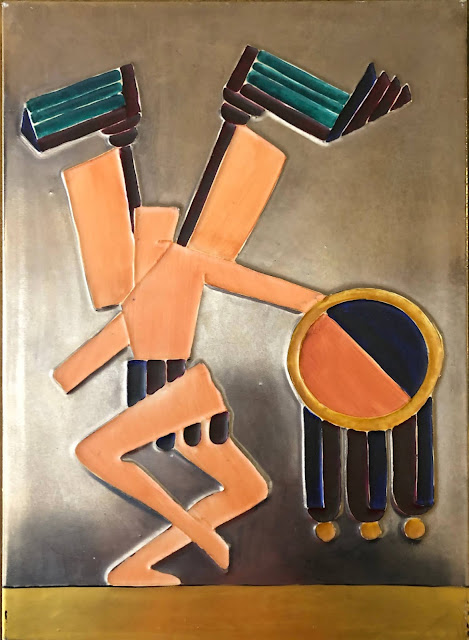 The Metropolitan Museum of Art only depicted one of the Lazo tiles in the exhibition's catalogue in 1928, and the Met's research library could not locate any other materials about this set of tiles. The tiles, of course, could still be in Met storage somewhere in a "Warehouse 13" type situation.

In 2003 the Victoria and Albert Museum mounted an exhibit, “'Art Deco 1910-1939.' The show [was...] the first to explore Art Deco as a global phenomenon affecting cities as far apart as Paris, New York, Bombay and Shanghai.(16)

Tile historian Richard Mohr saw this exhibit at the Royal Ontario Museum, and the set of ten Lazo tiles were included. However, when I checked with both the ROM and the V&A a few years ago, neither museum could locate information about these tiles.

1. "It was Jose Vasconcelos who was responsible for the commission that led Chavez to compose his first ballet, El fuego nuevo (The New Fire), in 1921. This commission charged Chavez to write a ballet on an Aztec theme. The composer found a legend in Aztec mythology that he considered appropriate, which dealt with the ceremony signifying the renewal of life after the fifty two-year Aztec "century" by means of a new gift of fire from the gods. Through his recollections of Indian music from childhood excursions with his family to Tlaxcala in southern Mexico, Chavez was able to evoke a symphonic sonority of striking neoprimitive character without quoting a single Indian melody. (http://www.jstor.org/stable/1567581;  Robert L. Parker, “Carlos Chavez and the Ballet: A Study in Persistence,” in Dance Chronicle, Vol. 8, No. 3/4, 1985, p. 180.)

6.  https://muralismoenmexico.wordpress.com/. From a google translation of the website; the above photo of Lazo is from the same article.

15. https://tilesinnewyork.blogspot.com/2014/09/the-experimental-lustre-tiles-of-rafael.html. The use of luster glazes by U.S. art pottery and tile companies had been developed since the 1890s with the help of the modern experiments of European potteries, as well as European ceramic artists who emigrated to the United States and brought with them their knowledge of historic luster processes.

An article about the Grueby Brooklyn Bridge Eagles

Robert Klara, a senior editor at Adweek and freelance writer whose work has appeared in The Guardian, American Heritage and The History Channel, among others, has written an article in Brooklyn Magazine about the Grueby eagle station signs at the Brooklyn Bridge subway station. These signs, which still exist, have been hidden from public view for over 60 years.

"A FLEETING GLIMPSE AT THE LONG-FORGOTTEN BROOKLYN BRIDGE EAGLES"